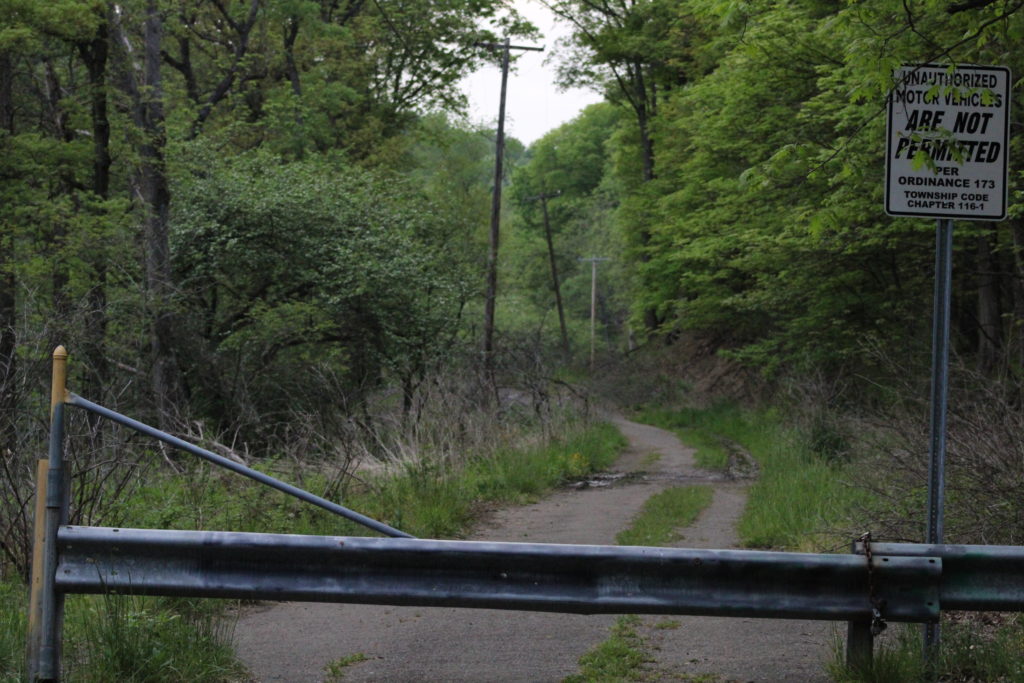 Blue Mist Road, The Legend, the Lore, the Terror

We ventured back out to Blue Mist Road for a second investigation/equipment testing. We ended up getting there well before sun down to get daylight footage. It’s a very beautiful area with a TON of deer. The place is loaded with deer.

When the sun still hangs in the sky it’s not a terrifying area. It’s very calm and peaceful with the sounds of birds chirping and the distant dog bark.

We set up with our 4K camcorder, the 2 GhostPros, the Hero 9, our EMF detector, an IR light box, the laser grid scope, and the SBox.

After suiting up we started out on the hike. Remember that Blue Mist Road was a functional road at one point. It was part of Irwin Road which actually is still in North Park with houses that are still occupied.

Our search on Saturday was for the supposed ruins of three individual houses.

Leading up to this investigation I spent two weeks researching the area. Trying to find any evidence to back up the legends and lores. Anything to point to what was true and what wasn’t. Let me tell you that was the most frustrating two weeks of my life. I found nothing on Blue Mist Road prior to the Allegheny Land Trust purchasing it in 2009.

That’s impossible, right? There has to be information on the area pre-2009. I’m sure there is, but I’m not sure where. If you have any information on the Irwin Run Conservation Area in North Park prior to 2009, please send us an email to let us know!

On to the investigation.

We walked almost the entire length of the trail searching for the ruins of the houses. We managed to find one, but not the one we were looking for. There were a few stone slabs and what looked like the outline of a foundation.

As the darkness took over the mood of the area completely changed. The animals grew very quiet except for the occasional cracking of branches from deer. (Again they are everywhere.) The woods are eerie enough when it’s dark out, add in the legends of Blue Mist Road and it becomes downright terrifying.

Once we reached the point of turnaround, we made our way back to the only ruins we were able to locate. Since it was so dark we didn’t venture into the middle of the ruins, I didn’t feel like making any midnight ER runs for a broken leg because I tripped over some stone slab in the middle of the woods. We did stand in the grassy area right in front though and break out the EMF meter and Ghost Box with EVP recorder (Sbox).

Well, after asking a few questions with undecipherable SBox responses we got the big one.

I asked if it wanted us to leave. Our EMF shot up from green to red.

Did you read our tech post about the EMF meter? They usually only react to high electromagnetic fields. We were in the middle of the woods. No electricity. The other theory is that whatever ghosts are made of can affect EMF. Thinking it was a one-off, I asked twice. Do you want us to leave? If so turn the green light red. It did. Both times.

Out of respect for the being at the ruins, we left the area.

While we didn’t catch any video evidence of a ghost or long-lost witch, the area didn’t disappoint. At points along the hike, I did get the feeling of chest tightness and anxiety. At one point I really felt like I was going to cry.

Was it supernatural or paranormal? Maybe. Or it could have simply been my imagination going into overdrive.

10/10 will go back for more investigations and to find these ruins.

Be sure to check out our first investigation of Blue Mist Road.