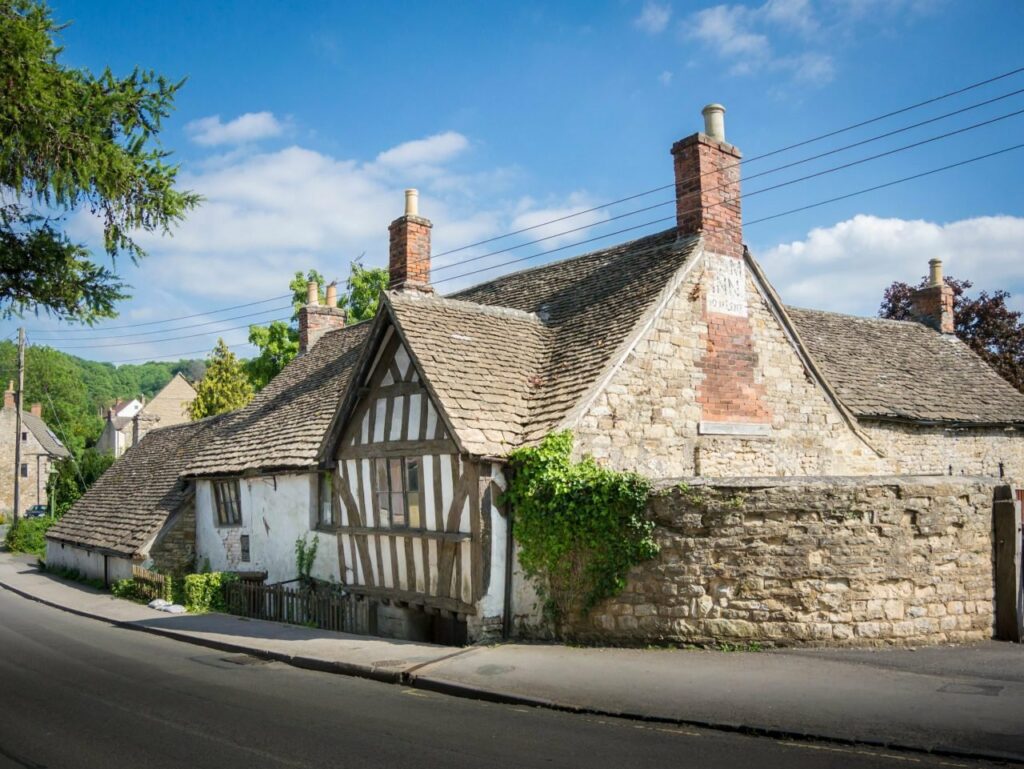 The Inn is one of the oldest buildings in England and is said to house a number of demons and ghosts alike. Rumored to have been built on top of a 5000-year-old Pagan burial ground, former owner John Humphries believed he found evidence of satanic rituals when the skeletal remains of a woman and child were found beneath the floorboards with a dagger mixed in with the bones.

There have been many deaths, murders, and other dark arts associated with the history of the building that has caused many of the owners and guests to believe that the location is haunted.

In the former bar area is a large hole in the ground where the skeletal remains are said to have been found. It is believed there are numerous other skeletons in the area but the decision to leave them at rest has left the graves undisturbed.

In this area, it’s said that dark shadow figures and disembodied voices are commonly heard. It’s also reported that a woman was murdered by highwaymen not far from the inn and she’s now a ghostly inhabitant. Perhaps still searching for justice?

The barn area houses a male spirit who has a particular liking for blonde women. It’s been reported that he touches them in rather inappropriate places. Staying in the barn you may run into the 7-foot tall dark mass that likes to hover in the entrance. He’s not fond of men and can be rather aggressive. If he feels threatened he’s been known to push them away.

Heading to the first-floor bedroom you may encounter the “witch” though she doesn’t seem to like being called this. Rumor has it that in the 1500s a woman looking for refuge stayed in the room. The refuge didn’t last long as she was caught and burned at the stake. She is now believed to inhabit the room along with her cat and a few children believed to have been murdered in the same area.

The Bishop’s Room is considered to be the most haunted bedroom in the Ancient Ram Inn. It’s been said that a few bishops and a monk have been seen here and they are actually evil rather than the peaceful men they should have been.

John Humphries, who passed away in December 2017, used this particular room as his personal bedroom and believed that an incubus and a succubus would visit him. Going so far as to claim he was taken advantage of by them a few times and even thrown across the room.

The attic was converted into a bedroom for the current owners when they were children. They reported hearing heavy dragging noises across the floorboards and heard noises from the Bishops room which is beneath the attic. Shadow figures and unexplainable knocking on the roof were also reported.

It’s believed that an innkeeper’s daughter was murdered in the attic in the 1500s.

While the Inn is closed off to the public as a B&B those who are brave enough can still book ghost hunts which run from 9pm until 3 am.

The Ancient Ram Inn was built in 1145 as a keeping house for slaves and workers who were building St. Mary’s Church. Once construction was completed the Inn became the home of a priest.

Before the Ancient Ram Inn was built, the site was a multi-millennia Pagan burial ground which happens to lie on the Ley Lines which trace directly to Stonehenge. The connection of his site and Stonehenge have given rise to the legend that the strange happenings are partially related to this part of the land’s past.

After the priest was no longer a living resident of the Inn it was turned into the Inn and public house.

The Ancient Ram Inn is just that. Ancient. The building is one of the oldest in England and was built on top of a pagan burial ground where rituals were performed. Construction workers diverted streams around the house which could have increased the paranormal activity.

The countless deaths that have occurred on the property only add credence to the creep factor. If there were a location that would house the unrested souls of the dead, I would think this place would. While I’ve never been there myself I have seen countless paranormal shows that have investigated the Ancient Ram Inn. It’s always hard to know what is real and what is faked on those, it’s not hard to see just how unsettling the location is.

Is it haunted? I’d be a fool to not believe.

Be sure to check out our other case files.