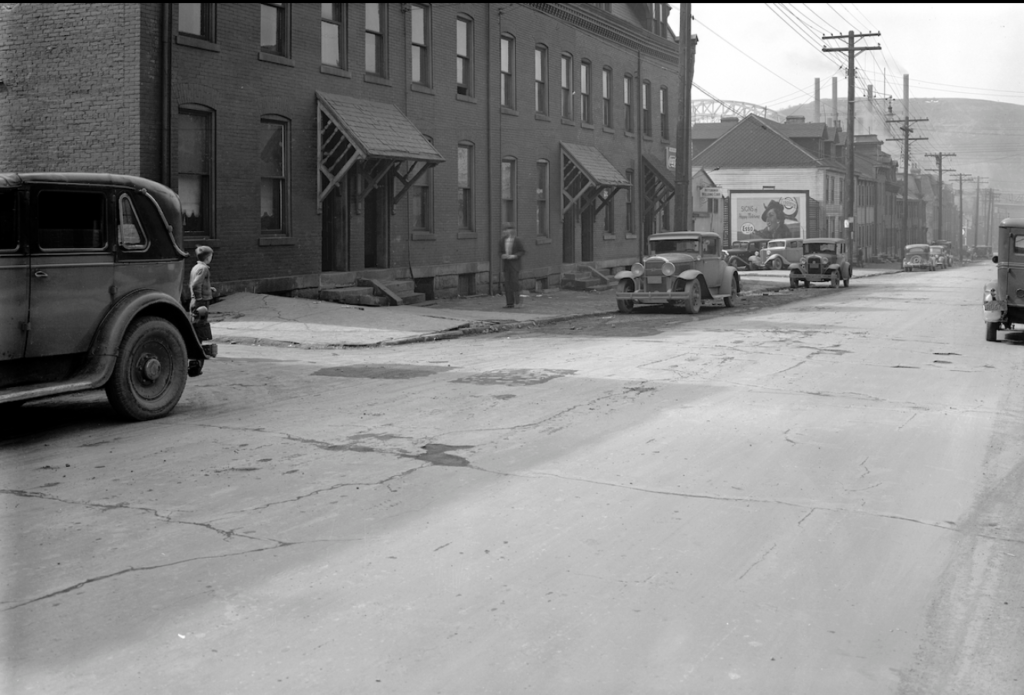 One of the most well known ghost stories from Pittsburgh is that of the Congelier House or The House the Devil built.

As the story goes, there is a house in the Manchester neighborhood of Pittsburgh. At one time it was the most haunted house in the nation. There was a man named Charles Congelier who earned a fortune in the south right after the Civil War eventually settling in Pittsburgh with his wife.

He had a mansion built in the 1860s at 1129 Ridge Avenue. The Congelier’s employed a maid named Essie. Charles and the maid were having an affair which his wife, Lyda, found out about in 1871. She retrieved a knife and a meat cleaver from the kitchen and killed the two. A neighbor found Lyda a few days later in a rocking chair humming lullabies to the severed head of Essie.

The house was abandoned for 20 years because of the brutal double murder until a railroad company purchased the property to be used as apartments for their rail workers. The employees reported strange sounds and activity in the house and refused to stay there. The rail company put the house back on the market.

In 1900 a Dr. Adolph Brunrichter is said to have purchased the home when he arrived in America. He was a recluse and never left his home. On an August night in 1901 his neighbors were startled by a woman screaming, followed by an explosion of light from the house. When police showed up they found a strange lab with severed heads of women. There were notes from Dr. Brunrichter about performing experiments on them to keep the heads alive. Dr. Brunrichter disappeared and was never found.

The house stayed empty again until Equitable Gas bought the poroperty to once again turn the home into apartments for their immigrant workers. The men who lived in the home claimed to hear demonic voices and found two of their co-workers dead in the basement. They appeared to have been murdered.

The men moved out and refused to go near the property.

On November 14, 1927, Equitable Gas Company employees were attempting to repair a leak to a massive natural gas storage tank. A giant flame erupted from the tank and sent the container into the air. The eruption sent debris and human remain everywhere. A chain reaction of explosions happened as more tanks exploded, creating large fireballs.

The damage reached as far as East Liberty. The house at 1129 Ridge Ave was only two blocks from the site of the explosion. The house itself was completely demolished, leaving only a large crater behind. Locals believed the house was transported back to hell.

Although the house is no longer standing, many believe the original location of the home to be a hotspot for spiritual activity. It is said that the spirits of the tortured souls have been spotted wandering the highway that was built on the location of the house.

This is how the house of evil came to be known as the house the devil built.

The only thing that was true was the explosion.

There was a house built at 1129 Ridge Ave in the late 1880s. It wasn’t a mansion though. As is typical with the Manchester neighborhood it was an average row house. A mansion would have been very unusual for that area of the city.

There was never a Charles or Lyda Congelier who lived there. And the home was never used as apartments for immigrant workers. And there are no records of Dr. Adolph Brunrichter owning the home or performing experiments on severed heads of women.

There was a Congelier family who lived at the house in the 1920s though. When the explosion happened the wife, Marie Congelier, died during the Equitable Gas Company blast in 1927. When the windows of the home shattered a shard of the glass severed an artery in her leg. She ended up bleeding out. Her family lived in the house until it was torn down to make room for a highway that was built in the area.

Is this the house the devil built? Hardly. A house with a very unfortunate location and an even more unfortunate accident? Yes.

The house was not a large mansion, just an average working-class row house in a neighborhood with average, working-class people getting through life one day at a time who had their worlds literally rocked.

The area is now a parking lot next to a highway on the Northside of Pittsburgh. Any trace of a house is long gone. Though some say that the ground the house once stood could retain any ghosts that may have been there. Perhaps Marie Congelier is still there.

Be sure to read more of our Case Files.