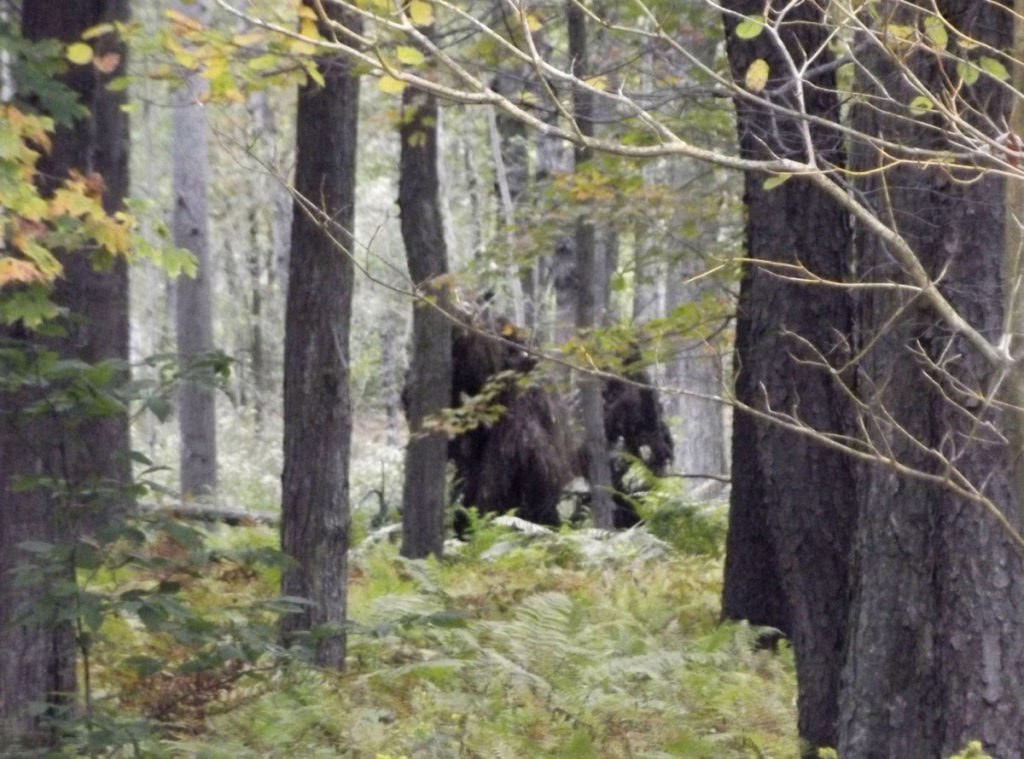 For years people have been searching for the elusive cryptid we call Bigfoot. An 8-10 foot tall bipedal humanoid ape that is seen all over the world with various name changes. Here in Pennsylvania, we call him Bigfoot. They have dense fur, ranging in colors from red, to white, to brown. It has very large feet. Bigfoot is also commonly referred to as Sasquatch, skunk ape, Yeti, Yeren, and the Yowie

No matter where you go, there is probably a legend or lore about the bipedal ape.

Over the years there have been multiple sightings of this larger-than-life ape with the only evidence usually being a pixelated video or grainy photo.

There have been the occasional footprint casts done and inconclusive hair fibers found, but nothing solid pointing to there being a 10 foot tall hairy ape roaming through the wilderness.

There were two eye-witnesses to this particular Bigfoot. From the Pennsylvania Bigfoot Society website:

They were driving southwest on a backcountry road in Melcroft Fayette County, PA around 11:57 PM. While driving, a black figure illuminated by the vehicle’s high beams ran very quickly across the roadway from left to right and vanished from sight behind a set of bushes on the right side of the roadway.   The driver and passenger of the vehicle spotted the figure about 150 to 175 feet ahead of them crossing the road.

They slowed down as they both saw the figure in the high beams.  The figure took three exceedingly long strides across the road and disappeared on the right side.  The driver slowed down where they had sighted the figure.  on their right where they lost sight of the figure was a very steep grassy embankment going up the hillside.  The entire sightings lasted approximately 3 to 5 seconds.

The group Squatchermetrics says that in 2019 there were over 400 bigfoot sightings across Pennsylvania. Westmoreland County and Allegheny County were the top hot spots for our bipedal cousin.

While we haven’t come across any Bigfeet in our adventures yet, we’re not counting out the chance to go on the search for these cryptids that are living in the wilderness that remains in the world.

Do we believe in Bigfoot? We’re open minded as we are with everything that we investigate. The forests are vast and dense in quite a few places so it’s not impossible for an animal to remain hidden from the world, especially if they are able to blend in with the background.