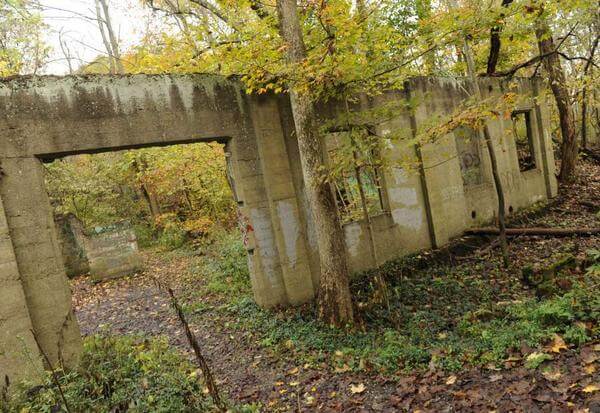 Dead Man’s Hollow earned its dismal name in 1874 when a group of boys were roaming through the wooded area and came upon a body that was hanging by a noose. The victim was never identified and no one was ever charged for the murder. Another version of this tale is that the body was that of a woman while a third is that the body was a native American. Soon the natural isolation of the hollow became the setting for other dark tales of criminal acts and untimely deaths. From suspicious drownings and violent gunfights to tragic explosions and lightning strikes, Dead Man’s Hollow has been the scene of many grisly incidents and accidents. Supposedly one or more of these bizarre tales have prompted quite a few encounters with the unknown in the secluded hollow. Visitors to the site often return with unexplainable stories involving a shadowy presence, strange odors, and even the sound of voices when no one else was near. There is talk of a snake-like creature that lives within the Hollow dating back to the last 1800s. The snake is said to be between thirty and forty feet long.

A more enticing lure is of buried treasure.

On April 30, 1857, Charlotte Jones and Henry Fife stabbed George Wilson and Elizabeth McMasters in their log cabin near Glassport. The elderly siblings kept their considerable savings in their home. A neighbor found them dead the following morning. It didn’t take long for authorities to zero in on Fife and Jones. They were arrested on May 1. Fife first blamed her brother then backtracked and blamed a mutual friend Monroe Stewart. n February 12, 1858, Jones and Fife completely absolved Stewart of any involvement in the incident. Fife declared Stewart a friend who had no involvement in the crime. Jones, clearly the mastermind of the crime, acknowledged that she had originally implicated Stewart because she feared he would try to persuade Fife to leave her. Jones was the first woman to be executed in Allegheny County. Stewart was pardoned on February 22, 1858.

The death of George A. McClure in 1881. A gang robbed Hendrickson & McClure’s Hardware n July 31, 1881, stealing a large and valuable cache of knives and guns. Two days after the robbery owners George A. McClure and Wilbert Hendrickson, as well as Joseph Lynch and George Fleming found the gang hiding out in Dead Man’s Hollow. A gun fight ensued. Robert McConkey, on of the robbers, shot McClure dead in the hollow. Come January 1882, McConkey was found in prison in Upstate New York. Once released, he was arrested and extradited back to Allegheny County. He was convicted of first-degree murder on February 15, 1882. McConkey was executed on May 10, 1883

Dead Man’s Hollow was home to a quarry for a number of years before being used as a pipe factory.

On March 9, 1883, there was a terrible explosion. The workmen were preparing to use dynamite to blast. Unfortunately, the dynamite was frozen so they decided to thaw it out near a fire. The cartridge was placed in the open fire and they waited. The dynamite exploded which scattered debris around the area. Daniel Henninger was killed instantly. George Henninger was burned to death. Noble Gilkey was also severely burned and died from his injuries. Daniel McCarthy was also injured but survived his injuries.

In the 1870’s a man fell from a ferry and drowned in the Youghiogheny river in front of Dead Man’s Hollow.

There has been a lot of death for such a confided area. Those reported are the only ones that were found to be confirmed via news articles of the time or other records of the area. Could there be other deaths associated with Dead Man’s Hollow? Yes. Will we continue looking for the truth? Yes.

Dead Man’s Hollow will be The Paraterrestrial Files first official investigation. We are heading out on June 5.

In the mean time check out our unofficial investigation recap of Blue Mist Road #1. 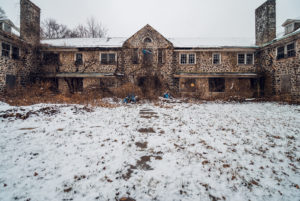 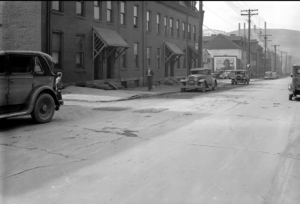 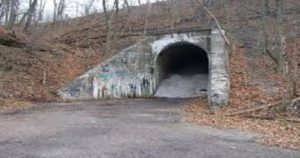