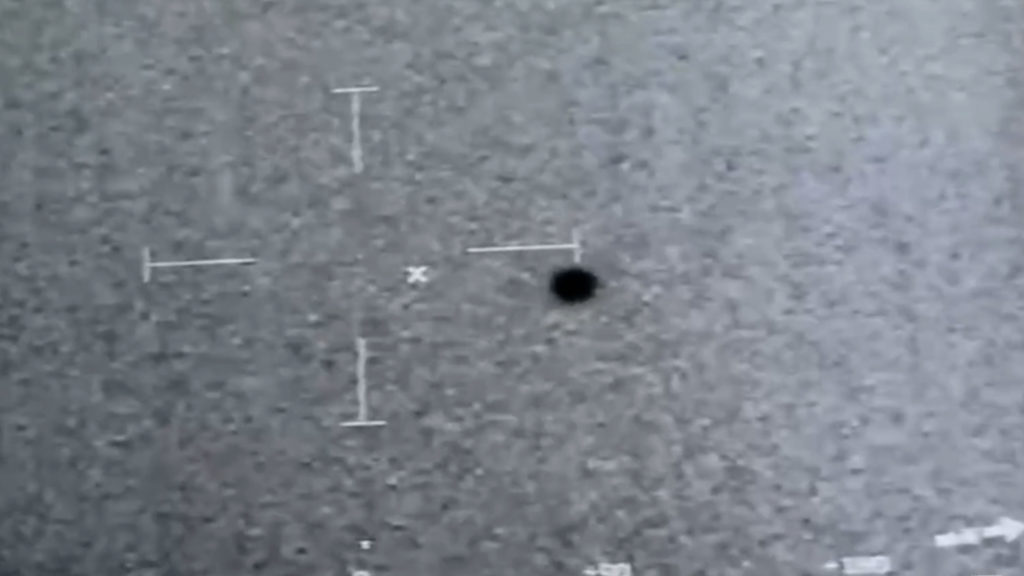 As you’ll see in the video, the target recorded looks to be spherical or cylindrical (possible tic-tac shape like other events) and it buries itself underwater at the time of 11pm PST. No wreckage was found. More information following the video.

Transcription of the video:

The official Navy ship logs show that a minimum of 14 UAVs were seen and all at a diameter of 6 feet of solid mass. They call the UAPs out as UAVs at the time, but admit that they are indeed still unidentified. All targets were said to be moving at varying speeds from 40 to 138 knots (approximately 46 to 158 MPH) and no origin, launch or landing points were discernable. UAPs were tracked on more than two types of RADAR. Intelligence reports note that the targets appeared to be capable of transmedium and descended into the water without destruction, as seen in the video.

“In the end, I’m 50/50 that it is man made tech from somewhere. Either way it’s world-changing. Because of the incredible energy capacity of the crafts.”