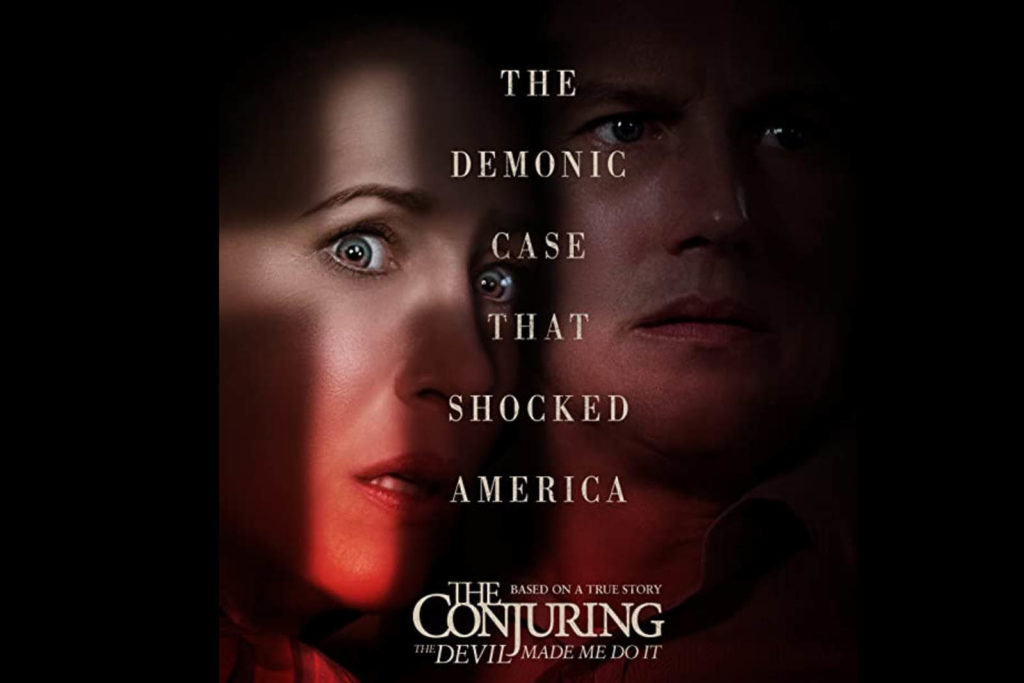 The Conjuring’s latest movie came out two weeks ago. The Devil Made Me Do It. It’s another movie that features one of Ed and Lorraine Warren’s stories.

Like some of the other movies in the Conjuring universe, The Devil Made Me Do It is based on a true story. Or at least as true as those stories are if it’s something you believe in.

In 1980 in the small town of Brookfield, Connecticut lived the Glatzel family.

The youngest of the children, David, was the main focus of the movie and the Demonic possession. In an interview that I saw that involved David’s sister, Debbie, she claimed that David encountered the entity at a house she was renting with her fiancé, Arne Johnson.

David was helping clean the home when he saw an old man in a torn plaid shirt, and blue jeans, a man with coarse ruddy skin, who said, “Beware.”

Later that night David saw the man again only he didn’t look the same. The man’s skin appeared to be burned and charred looking and his feet were hooves.

David’s mother, Judy, assumed that he had seen a ghost. When the Warrens were consulted they knew that the entity was not a simply ghost.

“Right away, I knew there was something to this, I felt like a good fisherman when he knows there’s something on the line,” remembers Ed Warren.

As the possession worsened the family sought the assistance of the Catholic church. They were pointed in the direction of the Warrens.

Ed, a demonologist, and Lorraine, a clairvoyant, Warren were accompanied by a priest exorcise the boy’s demon. As Lorraine spoke with the demon she found out that it wasn’t just 1 entity attacking the boy, but 43.

Debbie’s then-fiancé, Arne, challenged the demons as the exorcism was taking place. He told the demons to take him instead of David.

“It’s just one of those things you never do,” says Ed Warren, demonologist. “Not if you know anything about this sort of thing.”

Things only got worse for Arne and Debbie. She ended up taking a job at a kennel owned by Alan Bono. He ended up renting a house to the couple.

suffered its very first recorded homicide on February 16, 1981, when Arne Cheyenne Johnson stabbed Bono to death. Arne’s defense claimed the devil made me do it, which did not hold up in court. Arne ended up serving 5 years behind bars for the crime and later married Debbie Glatzel.

While Debbi, Arne, and Judy maintain that the story of the possession is true, Carl and David ended up suing Gerald Brittle and the Warrens for unspecified financial damages for the novel ‘The Devil in Connecticut,’ on the grounds of lying, violation of privacy, and causing “intentional affliction of emotional distress.” The case ended up being dismissed.

David has completely left the public eye, though Carl does say he’s doing fine and healing from the trauma that he experienced as a kid, claiming it to be nothing more than mental health problems. Carl has moved on as well. He got married and started his own construction business.

Is the story of The Devil Made Me Do It true? The consensus on that is still out. While some involved with the incident believe, other, obviously, do not. I suppose it’s up to how much you believe in the Warrens and demonic possession. Would the Devil possess an 11-year-old boy? Or did he simply suffer from serious mental health problems?

While we’ve never encountered any demonic entities in our investigations, we don’t completely count them out. If there are ghosts that are benevolent, what is to say that there aren’t evil entities or demons roaming the Earth?

Check out more in the news.